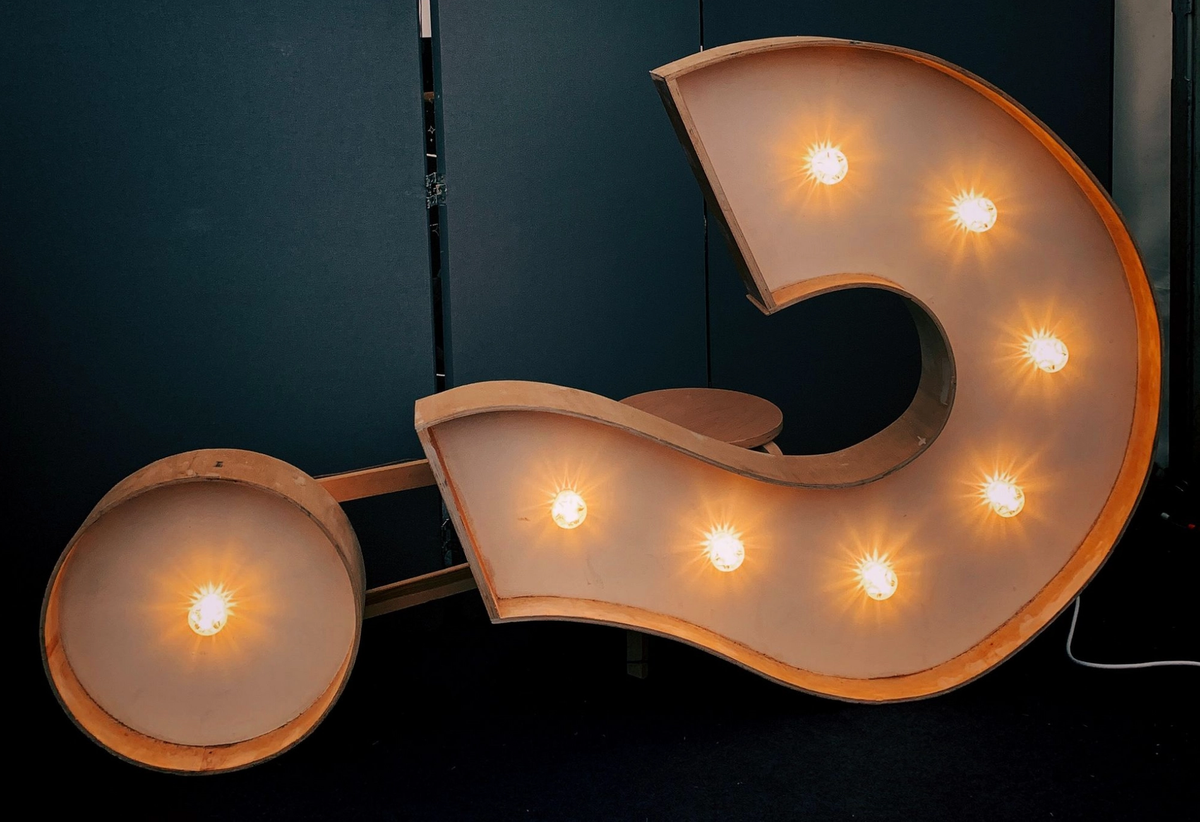 Roy-Andre Tollefsen, born early 1980 in beautiful western Norway, from where I have worked within most diciplines related to technology for the past 25+ years or so. Sure thing, I started early on.

As a professional nerd, I have been using computers since long before the internet (yes it is actually possible to use a computer without the internet).

Later in life I became a relatively successful serial-entrepreneur, investor and advisor.

What do you do for a living?

I somewhat tried to retire at the age of 39. At least for a couple of mont... err, weeks.. err, days, after one of my most successful companies to date, Trollweb Solutions, got acquired by Visma, Europe's largest software company, back in 2017.

Trollweb became the leading e-commerce supplier for the Nordic region, with well over 500 e-commerce stores built and launched over a period of over 10 years, and where I was leading pretty much all the projects and naturally also the company up until the acquisition.

I think my commerce- and especially e-commerce skills are relatively decent. At least lots of kind people around me tend to say so. And, oh, I am sitting in the jury of the Norwegian eCommerce Awards, as a proof. Kindoff.

Today I build up new game-changing-services, alongside helping companies and organizations navigating and surviving on the technology super highway in various ways, from being on the board of directors or leading efficient advisory boards to simply being hired by the hour for short-term navy seal missions.

Entrepreneur at the core

I am a very passionate entrepreneur, inventing new exciting stuff for a better world.

One of my next startups is nothing smaller than a potential Facebook-killer. Enjoy, a platform that collects and structures tens of thousands of activities, ranging from concerts to mountain hiking to personal hangouts with friends, with the simple goal to get more people offline and out into the real world, plus to help organizers make their events and arrangements easier to find for everyone. Launched in Norway in 2019, the masterplan is to conquer country-by-country.

I am also the Head of Products & Innovation at Flow Solutions, where we build a tech-savvy top modern commerce platform for entrepreneurs. I am also the Chief Solution Architect in the e-commerce division, and also the Chairman of the Board, aaand the largest investor in the company.

And yea, I am also a co-founder and mostly CTO in other startups, like Bippr, where we work to get especially children off the digital highway and back out into the physical world.

I also do lots of advisory, both directly 1:1, to teams and through advisory boards, from just being a proud member, to actually leading boards.

Other startups I am involved in is Insp, where we work with several things, among them to use social media "in a better way", to help smaller retailers and more.

For companies like W3Schools we have developed and delivers their billing platform, which handles tens of thousands of users. Yet another "side-project".

I am also a tech-investor through my own investment company Troll Ventures, where I primarily invest in tech companies, from startups to companies moving over to the Series A/B/C funding rounds, all the way up to the lucky ones going for an IPO or already listed on a stock exchange somewhere.

I'm a best-in-class examined computer engineer from the late 90s.

My most important education however has been the school of life, where I have had long-time hands-on experience with tons of various complicated topics for hundreds of fantastic and demanding customers and partners.

Job positions you have covered?

I also have a touch for interior design and "cool" office spaces, and typically take the lead as "interior architect" in the companies I have control over. My only rule: Become friend with the CFO and make sure there is no budget.

Naturally, I have also been a CEO for many years, CTO, plus had similar leadership roles over many years, though I like to lead small teams.

My business card titles has been ranging from Systems Engineer to CEO to CTO to Head of R&D to Troll in Chief, though I stopped wearning business cards long time ago, and so should you.

Most definitely. One of my absolute favorites is conducting great and brilliant developers and designers to make amazing and useful products and services.

I am also extremely curious, and love R&D, deep-diving into the abyss of possibilities.

I love usability and UX, and have my best periods when sitting in Figma or Sketch or some other UX/drawing software late at night, just being creative and drawing up useful stuff for massive amounts of users.

I am also very much into topics like Search Engine Optimization, and I am working on writing an SEO book in-between.

And so, I also love to write. All kinds of things, from business-related meeting rules to technically-oriented stuff, to reflections on social media and fear. I even have on my todo to write some fiction and children's books later in life (if you are great at drawing monsters and other crazy things, please let me know).

And, I am super-interested in improving everything related to business, both as a leader and not least as an employer (recommend all leaders- or upcoming leaders to take the Masterclass with Bob Iger, the CEO and Chairman of the Board of Disney). I also read pretty much all that comes to my direction from Harvard Business Review and obviously Hackernews every single day (if you too are a tech-nerdy be sure to download any top rated Hacker News aggretation app, and replace refreshing your national newspaper ten times a day with with one daily visit to Hackernews).

I also listen to a few podcasts like Lifespan and obviously Lex Fridman when queued up somewhere, mostly related to business, psychology and similar topics. I don't read physical books, though I have read (...) that I should.

Other than computer stuff? Uhm, a few, I guess.

I am an airplane nerd, and I'm most likely the only one on-board having a great time during rough turbulence (no, the wings won't snap of).

I am also a combined Don Rosa- and Scrooge McDuck fan, having read all of his brilliant and into-the-details stories tons of times, with most of his books signed and all that. As part of being a Scrooge McDuck fan, I too love money. Not for the richness of it, but for the love for the actual, physical money. And so I too have tons (well, not as litterally as with Scrooge McDuck) of beautiful coins and notes.

As for collecting stuff I am also collecting beautiful retro tech stuff, like old computers, old typewriters, pinball machines, and other things which has been an important part of the incredible technology journey we as humans are in the middle of as we speak.
Ultimate goal: To get my hands on a real Enigma machine (be sure to watch the Imitation Game movie), eventually a replica, and to open a free of charge tech museum (work in progress).

I also fell in love with video- and sound editing not long ago, and I am still stunned with all the fantastic things DaVinci Resolve can do for me. Mmhm, creativity gone wild! Yummy!

I also try to do some physical stuff, like playing squash in a somewhat serious squash league (at least I pay for playing + someone maintains online results lists). I play football (with alike in the same physical condition). I try to survive running a few half-marathons per year. I am teaching myself playing piano, making music and stuff like that. I coach kids in football in the lcoal football club. I enjoy working with wood, making all kinds of wood'ish things for our cabin. I love travelling, visiting great places around the world. And, most importantly, I love being with my family and our three super-cool kids.

Movies like Office Space, Boondock Saints 1, Terminator 2, The Intouchables, and the Kingsman movies are favorites I would say. At least I have watched them so many times I have memorized all the quotes, which I guess is a good ranking factor for when something should be marked as "favorite".

As for music I listen to most that comes around, from anything rock to Martin Garrix to Tchaikovsky to Ludovico Einaudi. Jazz, blues, country and those genres still doesn't sound natural to me, however that might evolve as I age.

How do you get the time for all you do?

It would be fun to say I am a super-talented multi-disiplin juggler with dozens of brains working simultaneously in parallell dimensions. Unfortunately, the human brain is terrible at multi-tasking, and my brain is very much like yours, working for the most in one-thing-at-the-time serial mode.

An important part of being able to do lots of stuff however is to prioritize, hard. For example, my hours of watching TV-related stuff (series, movies, news, etc) per week is really pathetic. Like, 2-3 hours, I guess. My Netflix- and HBO backlog of series to watch is just.. long. And, I am not on time-wasting platforms like Facebook, where the most important feature is being a birthday notification calendar for far-out-people we barely know. I logged out of Facebook back sometime in 2020. Never missed it.

Secondly, most of what I do I do because I love to, not because I have to, and I think we as humans are 20x more efficient when doing stuff we love to do. So, be sure your employees are working on tasks they love to do, and get to engage fully with.

And lastly, my fantastic wife never hold me back from all my crazy never-ending endeavours, while at the same time doing a great job covering all the fields I myself am terrible at.

Do you give talks at conferences?

What are your limitations and weaknesses?

Unless you are insanely hungry, don't ever ask me to cook you dinner, as a first. Really.

Left-side driving is also something that doesn't come natural to me.

Overly dressed-up sales staff is also something my brain struggle hard to handle.

I am also a perfectionist in much of what I do, specially related to the creativity side of things. For non-creative tasks I am configured on the "Make it work, then make it better"-setting.

Being a experienced-tech-guy in general means I manage to tackle most tech-related issues that cross my- or my surrondings path, however bluetooth-pairing is something I still struggle big-time to master.

And lastly, definitely do not invite me into meetings with no agenda pre-meeting, or no conclusions post-meeting (and be sure to read my Meeting Rules of Engagement).

Have you ever been burned out?

Still waiting for it. Fasten the seatbelt. Guess it's gonna be a rough landing.

If there was no computers or internet, what would you do?

Most likely I'd continued my early days' endaveours on building gigantic cities or smaller objects of LEGO, or finally having enough time on my hands to try to learn to actually master my piano.

Who is your role model?

It would be weird to say anyone else than Elon Musk. Tesla. SpaceX. Starship. The Boring Company. Mars. Neuralink. Starlink. Solar City. Flame Throwers. All with a large portion of humor and fun. It can't be much better. Also both Bill- and Melinda Gates are pretty badass role models in my world.

Any fiction? Except Scrooge McDuck? Neeh.

How do you structure your days?

I would call it a semi-controlled chaos. Good thing I usually don't forget things, though some tasks might take months or even years to complete. And belive it or not, I use a physical paper'ish thing to keep track of my daily and weekly tasks.

Any questions? Feel free to drop me a line and I'll see if I post it here.